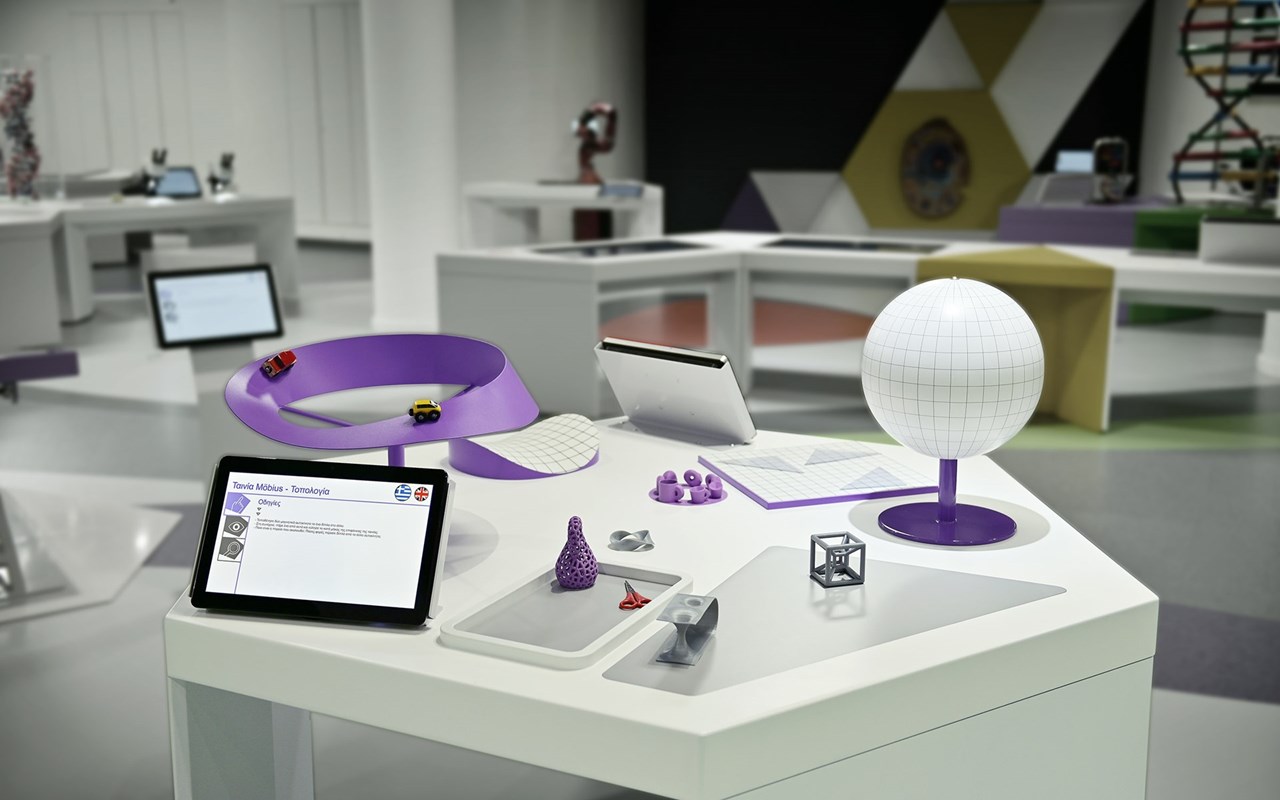 What do a coffee mug and a donut have in common? According to Topology, they are identical. Topology is the branch of Mathematics concerned with the properties of a geometric object that are preserved under continuous deformations, like stretching, twisting, crumpling and bending, but not tearing or gluing.

Discover different topological objects and explore the strange properties of a Mobius strip and a Klein Bottle. Is there such a geometric object that if you cut it in half it doubles its length? Is it possible for a bottle to be one sided?