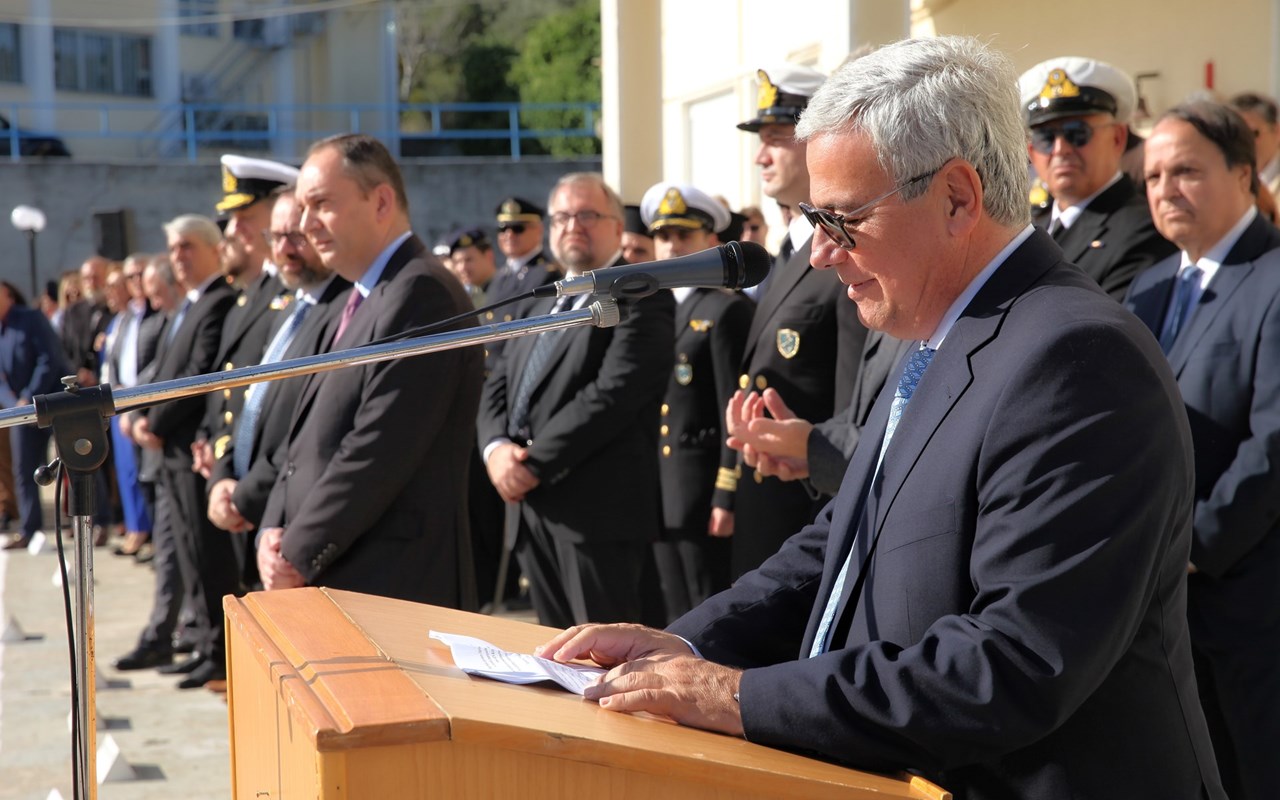 On Friday, 22 November 2019, following the welcome ceremony of the first-year students, the Minister of Shipping and Island Policy, Mr. Yiannis Plakiotakis, inaugurated the renovated accommodation building of the Merchant Marine Academy of Kymi. The renovation expenses were covered by a Eugenides Foundation-Marianthi Simou Legacy donation.

During the event, the Minister of Shipping and Island Policy, Mr. Yiannis Plakiotakis, welcomed the students to the great Greek maritime family, emphasizing the vital contribution of the Greek seafarer that helped Greek shipping to reach and retain its leading global position. Mr. Plakiotakis warmly thanked the “historical” Eugenides Foundation, “the home of maritime education in Greece”, which, as he said, “has a prominent and special place among the foundations of this country, having been present for almost seven decades in every effort aimed at the continuous improvement of the country’s maritime as well as technical education.”

The ceremony was attended by the Metropolitan of Karystia and Skyros Seraphim, the Secretary General of the Ministry of Shipping and Island Policy, Mr. Evangelos Kyriazopoulos, the Head of the Hellenic Coast Guard Vice-Admiral Theodoros Kliaris (graduate of the Merchant Marine Academy of Kymi), as well as by the members of the Parliament Mr. Simos Kedikoglou, Mr. S. Pnevmatikos and Mr. G. Marinos, representatives of the region, political, military and police authorities, teachers and parents.

Short speeches were given by the Merchant Marine Academy of Kymi Administrator, Commander Theofanis Marinis, the Mayor of Kymi-Aliveri Mr. Athanasios Bourantas and the President of the Eugenides Foundation and IMO Ambassador Mr. Leonidas Dimitriadis-Eugenides.

In his speech, Mr. Eugenides referred to the longstanding and uninterrupted cooperation of the Eugenides Foundation with the State. Welcoming the new students to a profession “deeply meritocratic, offering not only financial rewards but extroversion as well”, he invited them to seize the unique opportunity given to them to acquire knowledge and skills and urged them to obtain a lifelong learning mentality, in order to become the best in a changing world.