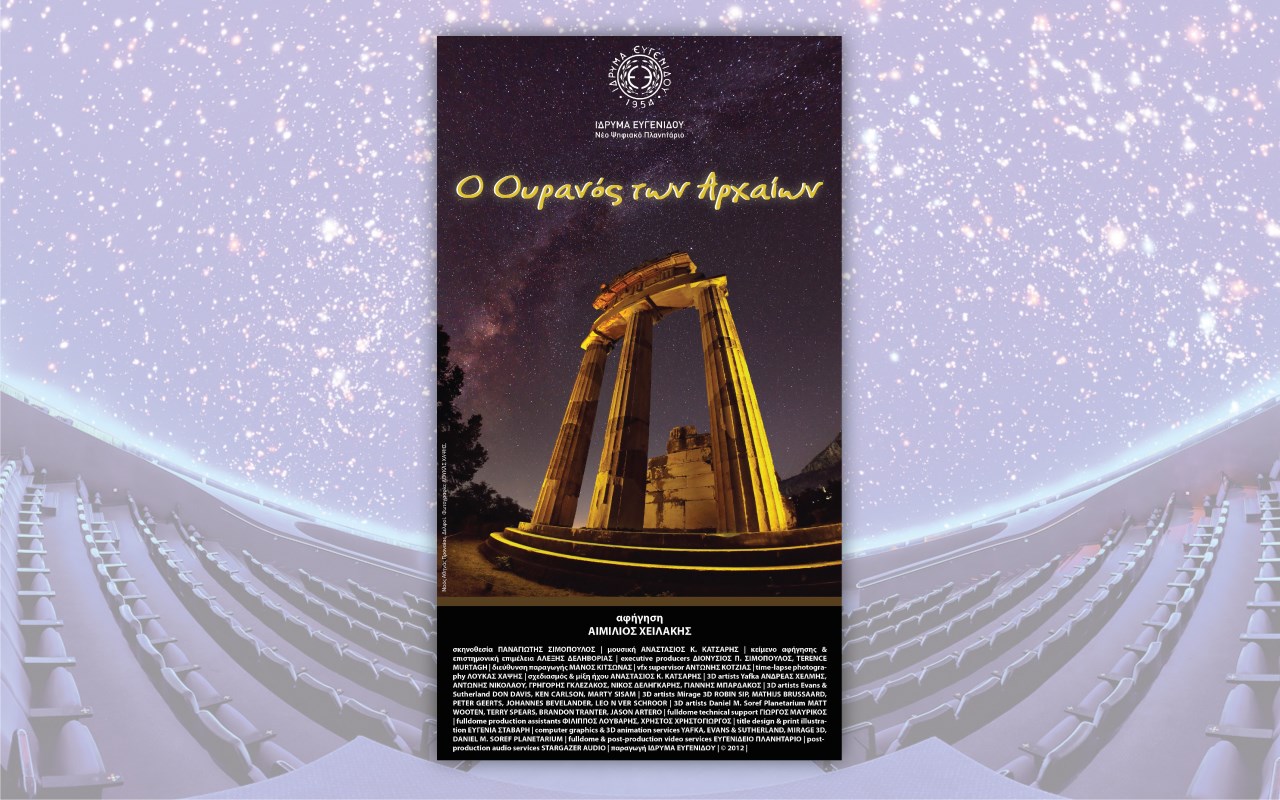 Eugenides Planetarium's latest digital show invites us on a voyage through space and time to uncover the ideas and the knowledge that the ancient civilizations had for the heavens. "Ancient skies" consists of four parts, the first of which focuses on what can be learned about the "Sky of ancient Egypt", by studying its monuments. The second part is dedicated to the Minoan civilization developed in Knossos, Crete, and the island of Thera, while in the third part we travel back to Hellenistic Alexandria in Egypt and its celebrated Library and Lighthouse. The show concludes with the latest discoveries regarding the Antikythera Mechanism.