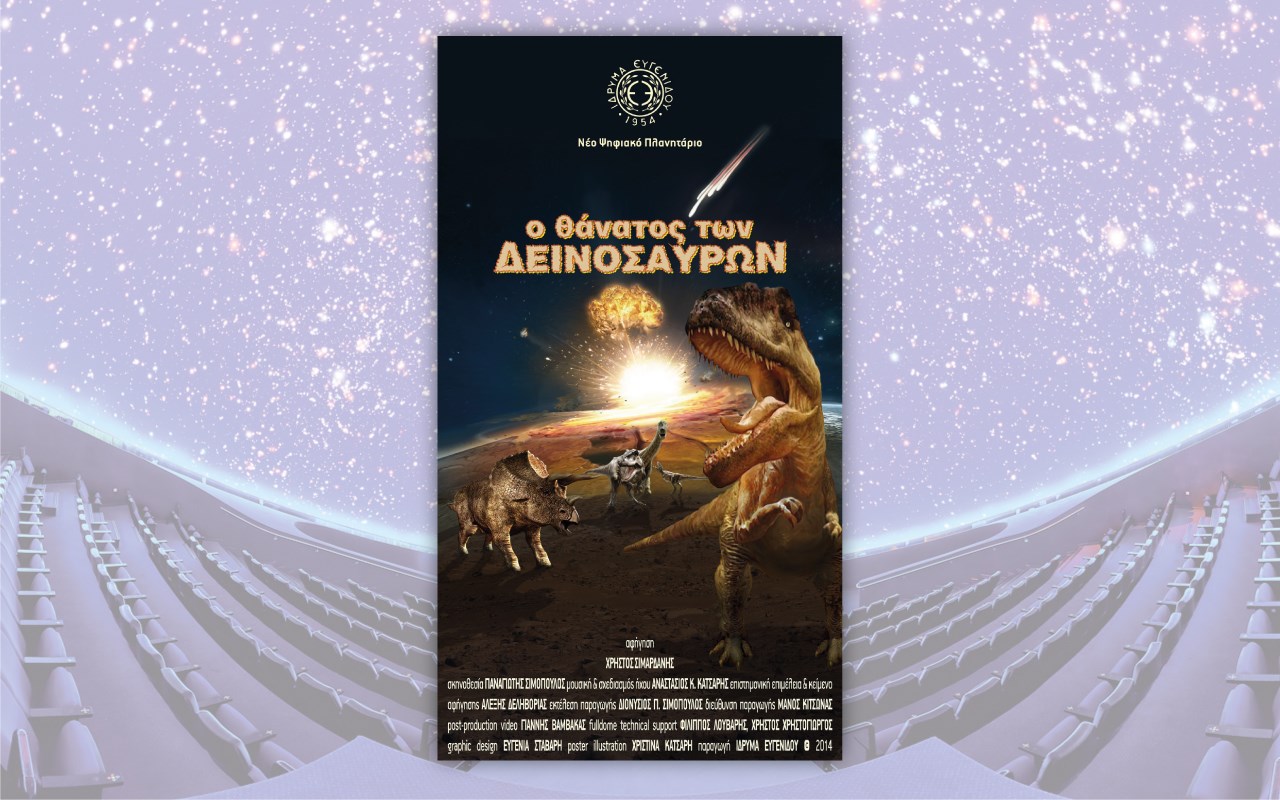 The New Digital Planetarium of the Eugenides Foundation invites you on a fascinating journey to the past, when dinosaurs were the indisputable masters of the world. And yet, as strange as it may seem, these giants of the past were lost forever. “The Death of the Dinosaurs”, the Eugenides Planetarium’s latest digital show, focuses on some of the probable causes of the mass extinction of the dinosaurs, including the most likely scenario, according to which the dinosaurs disappeared due to the impact of a massive asteroid, some 65 million years ago. What are the possibilities of a similar mass extinction event occurring in the future?