‘... I try to act exactly in the way my brother would have liked.’ 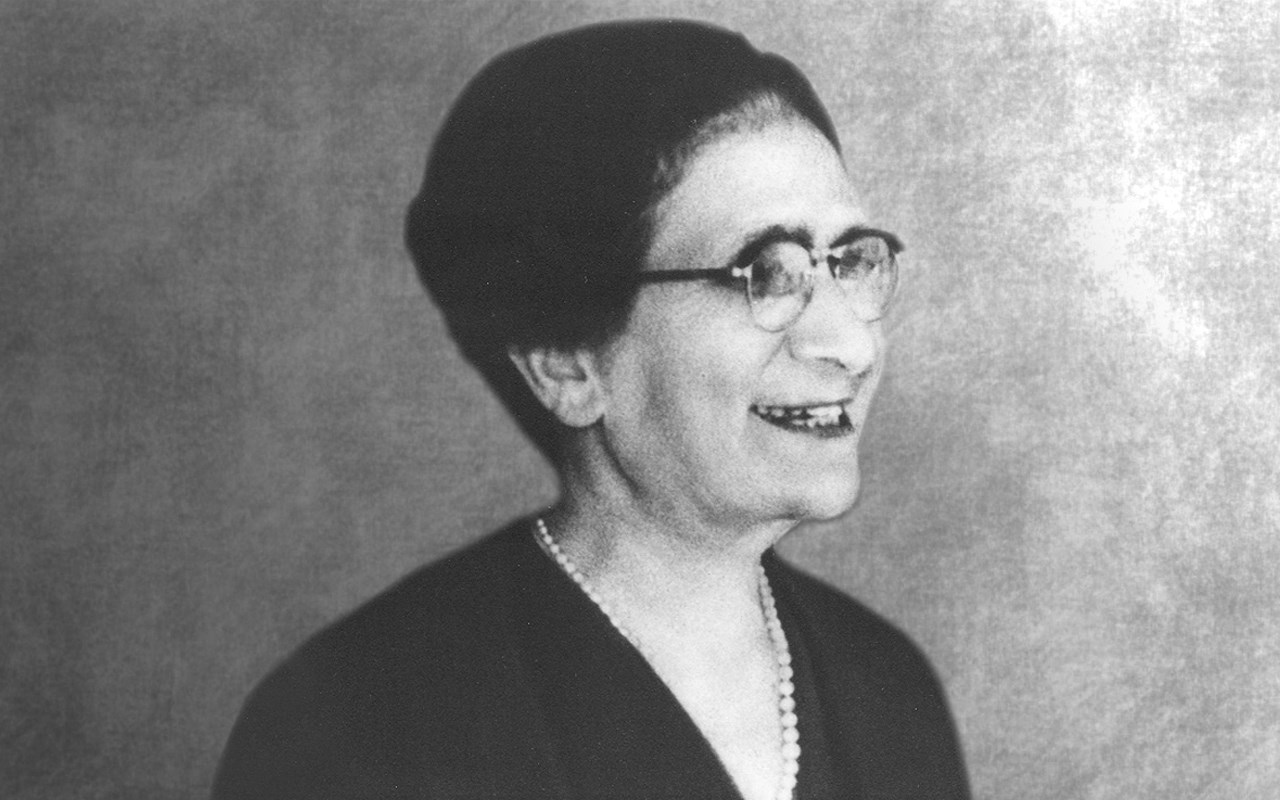 Born in Preveza in 1895, Marianthi Simou was the daughter of Agapios Eugenides and Chariklia Afentakis and the sister of Eugene Eugenides. She studied at the Zappeion Girls’ School in Istanbul.

Other than Greek, she spoke English, French and German. When she came of age, she became personal assistant to her brother, Eugene Eugenides, involved in the affairs of both the Scandinavian Agency and the other shipping companies in the family group of companies, especially those based in Greece.

She married Georgios Simos, the representative of Romanian Steamships in Greece and later a senior executive of the Scandinavian Agency.

In the summer of 1953 Simou actively participated in her brother’s efforts to alleviate the repercussions faced by the earthquake victims in the Ionian Islands. She personally worked in installing the prefabricated hospital and a number of other medical facilities on the island of Zakynthos.

Marianthi Simou inseparably linked her name with the realization of her brother’s vision. Thanks to her, the Eugenides Foundation materialized, and, on the basis of the strong foundations she laid down 60 years ago, the Foundation continues to function smoothly, serving the purpose the great benefactor Eugene Eugenides envisaged, and continues to expand with an optimistic outlook for the future.

She worked hard to make the Eugenides Foundation a pillar for the promotion of technical education in Greece and remained emotionally committed to it throughout her life. Moreover, she had the insight to choose her associates amongst distinguished specialists, equally dedicated to the common cause.

She herself supervised the design and construction of the building that would house the Foundation on Syngrou Avenue, selecting an excellent technical team led by the architect Andreas Kriezis.

The earliest activity involving the Foundation was the award of scholarships and the writing and publication of textbooks for use in technical education. Marianthi Simou felt affection and showed interest in the young people who studied with the help of the Foundation’s scholarships. The care she showed is apparent from the exchange of personal letters with the scholars, continuously trying to be informed about their progress and needs. Another great concern of hers was ensuring the existence of high-quality textbooks for tomorrow’s technical professionals.

Under Marianthi Simou’s direction, the Foundation organized a permanent exhibition of technological instruments and devices to be used as exemplar tools for the easier understanding of technical issues by students. The preparation and compilation of the exhibits comprising the collection of physics experiments and technological items (1966-1998) began in 1960 under her direct supervision, modelled after the Munich Deutsches Museum exhibition.

Based on suggestions from some of her advisors, she decided that a planetarium would be added to her plans to become a real gem in the Foundation’s building complex and an attractive point of interest for students and the general public. Historically, this initiative has proven to be right, since the Eugenides Foundation Planetarium continues today to constitute a pioneering space of contact with science and technology for Greece.

Another Foundation initiative was its contribution towards the purchase by the Greek State of a three-masted schooner named the Eugene Eugenides, which for many years served as a training vessel for the Merchant Marine Schools.

This was a great contribution to the country’s maritime education, covering the practical training needs of tomorrow’s merchant marine officers; it also complemented the Foundation’s other contributions to theoretical fields of study, which materialized through the writing and publishing of the appropriate textbooks and manuals.

Despite the fact that Marianthi Simou always kept a low profile and never sought personal celebrity or social recognition, her work was recognized by the Greek State and various scientific bodies and academic institutions. She was awarded a number of distinctions and decorations: the Gold Medal of the Academy of Athens, the Medal and Diploma of the City of Athens, the prize of the Municipalities and Communities Association of Greece, Grand Commander of the Order of Beneficence, Grand Commander of the Order of Honour and the Class ‘A’ Navy Medal.

Marianthi Simou passed away on 17 April 1981, leaving behind an important legacy of works that thankfully found worthy successors. She was a unique example of a person who was faithful to what she considered her duty and devoted her life to the sacred cause of the Eugenides Foundation, as her dearly departed brother had envisaged.