The purpose of the Planetarium was to fulfil the vision of the national benefactor Eugenios Eugenides to contribute to the education of young Greeks in the fields of science and technology. 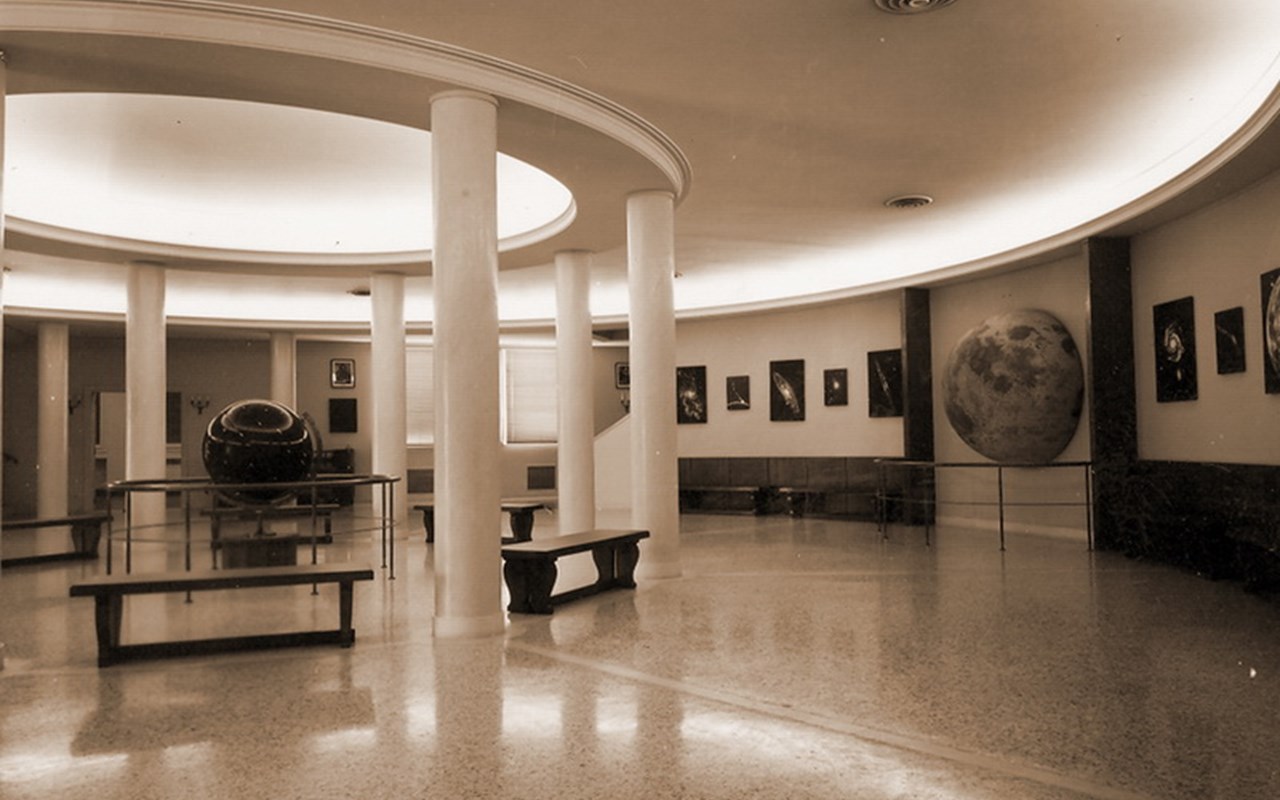 The Decision to Build the Planetarium

Prompted by Stavros Plakidis, Marianthi Simou appointed Dimitrios Kotsakis as the first director of the Planetarium in 1962. At the time, Kotsakis was a lecturer at the University of Athens and a professor of mathematics at the Hellenic Naval Academy. Three years later, in 1965, he was elected as a professor of astronomy at the University of Athens. 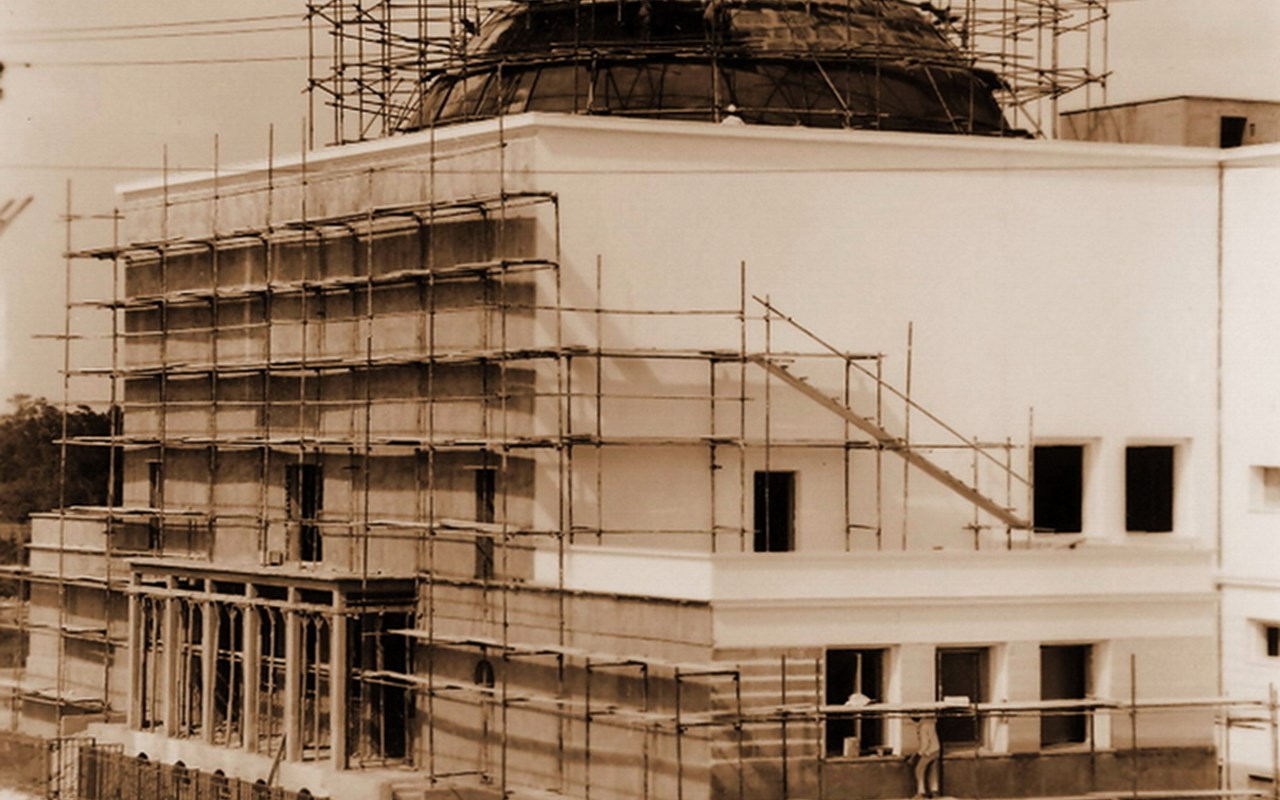 The cost of constructing the Planetarium was enormous for the time, while the expensive central planetarium projector was donated by Nikos Vernikos-Eugenides. The projector was a Carl Zeiss Mark IV: it was 6 metres tall, weighed 2.5 tonnes and was made of 29,000 components. The projector’s two spherical ends and its torso had 150 individual projectors capable of projecting, among other things, 8,900 stars up to a 6.5 magnitude, the movements of the Sun, the Moon and the five brightest planets, the night sky as seen from various locations on Earth at different times of the year and the seasonal changes. 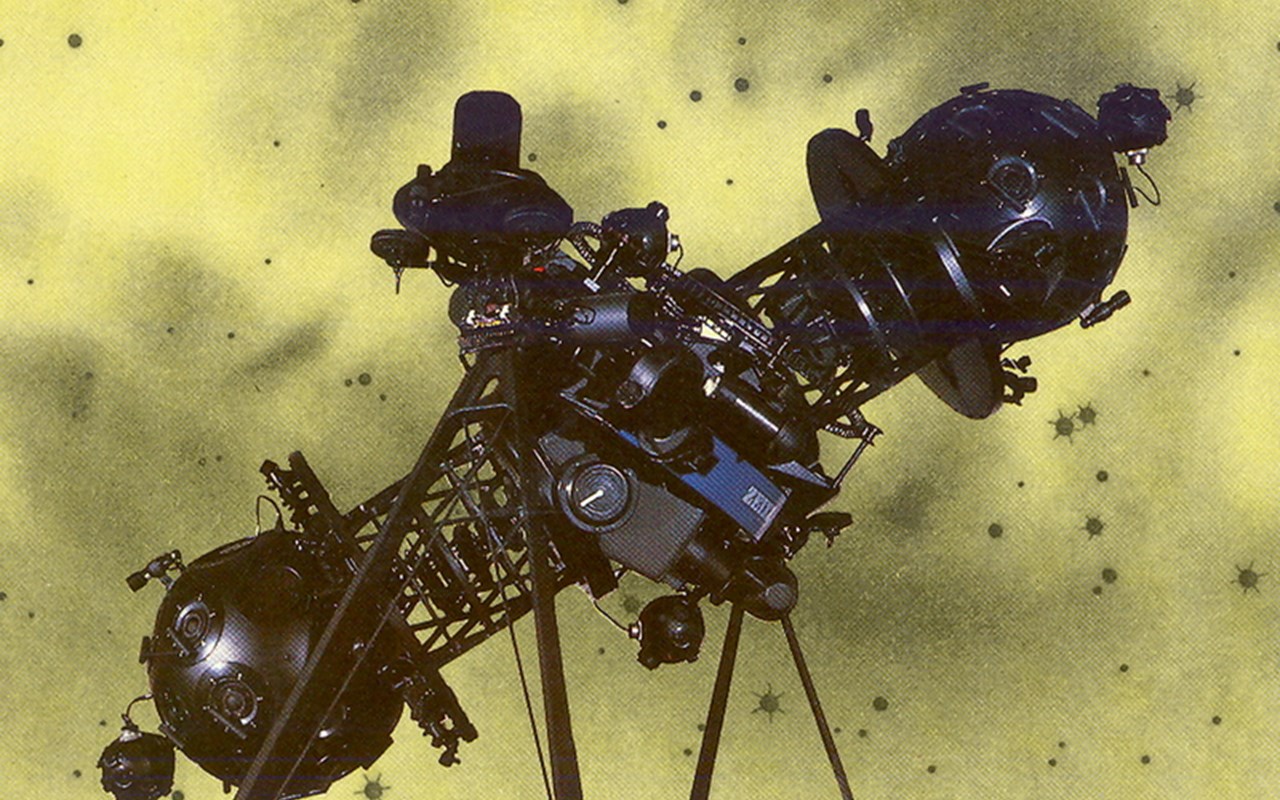 The Eugenides Foundation’s new building complex on Syngrou Avenue was inaugurated on 7 June 1966, and on the same day the Planetarium began operating, the first in Greece and the only one in south-eastern Europe.

The establishment of the Planetarium, an outstanding attraction for students and the general public alike, was considered from the outset to be a project of national scope. Its important mission was to improve the Greek people’s understanding of science and technology, as well as to disseminate the achievements in these fields. 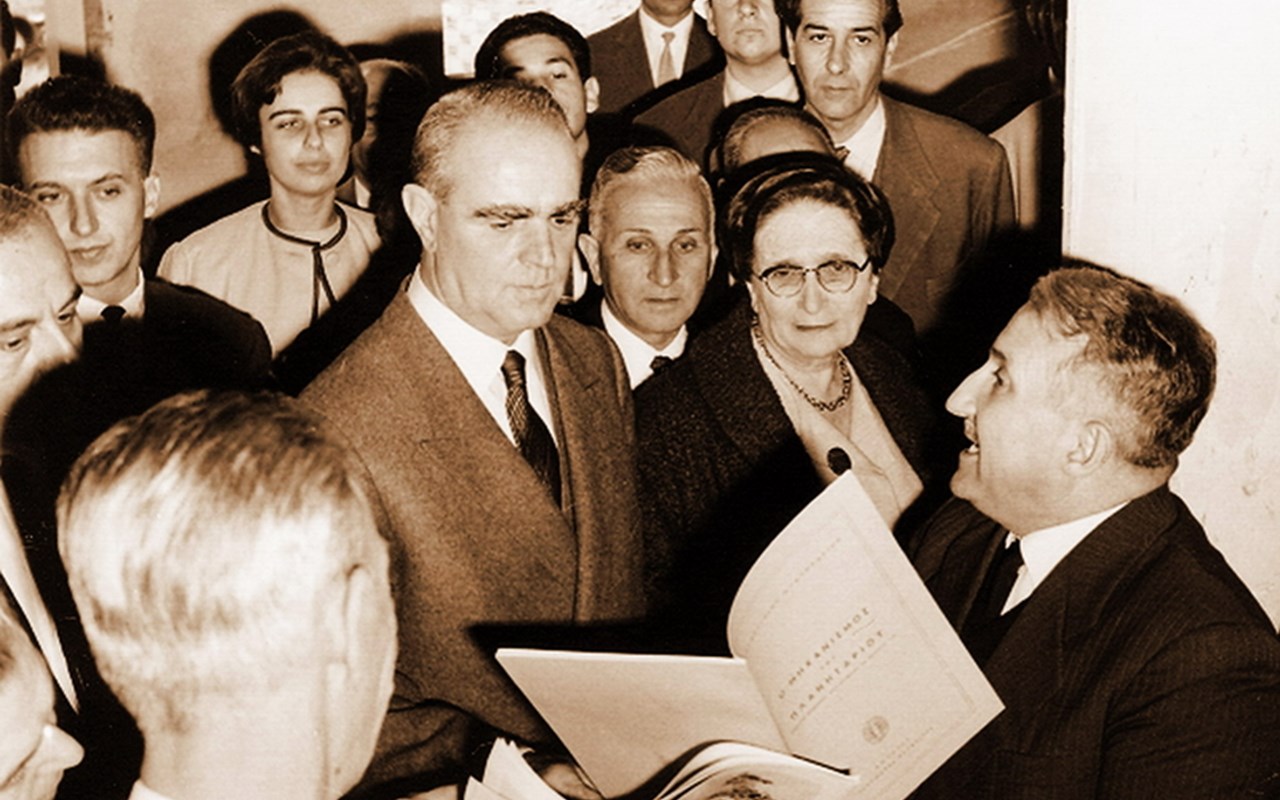 Dimitrios Kotsakis and Marianthi Simou give prime minister Konstantinos Karamanlis a tour of the Eugenides Foundation Planetarium during its construction (1962).
Photo Credits: e.f_

Dimitrios Kotsakis
The first director of the Planetarium

Dimitrios Kotsakis was the director of the Planetarium until 1973. Stavros Plakidis served as the Foundation’s astronomy advisor.

The astronomer Constantinos Chasapis also made valuable contributions as a speaker at the Planetarium. His weekly lectures in the Foundation’s amphitheatre captured the crowds’ attention – especially during the last two years of his life (1970-1972).

Around the same time, the Planetarium began placing an emphasis on shows for senior high school students who were being taught cosmography. Over the course of a year, the students had the opportunity to watch six shows designed with them in mind.

Additionally, they had the opportunity to attend lectures given by the astronomer Petros Rovithis (1967-1971) and later by the astronomer Maro Papathanasiou (1971-1982), who were also responsible for the daily observations of the Sun, carried out with the Foundation’s telescope in cooperation with other science centres in Sweden and Switzerland.

Michalis Moutsoulas, a professor of telescopy at the University of Athens, offered many valuable services as an advisor to the Foundation and as a friend of the Planetarium until his premature death in 1995.

Inside the Planetarium
Photo Credits: e.f_

Early in 1970, Dionysis Simopoulos, then in the United States, formed a partnership with George Athanasiadis, who was the publisher of Η Βραδυνή. The partnership resulted in the newspaper publishing extensive pieces on space missions and the Apollo programme.

This led to Simopoulos being invited to Athens by the Hellenic Astronomical Society in the summer of 1972 to give a lecture, where he was able to meet with Marianthi Simou. This meeting was decisive and two months later Simopoulos was appointed as the new director of the Eugenides Planetarium, taking over from Dimitrios Kotsakis on 6 April 1973.

Influenced by his five-year tenure as a curator and later director of the Zeiss Planetarium at the Louisiana Art and Science Museum (one of the ten largest planetariums in the USA at the time), Simopoulos introduced a number of innovations (for example, to the music, the direction and the creative elements of the Planetarium lectures) that resulted in an impressive increase in the number of viewers.

By 1978 the number of visitors to the Planetarium had quadrupled, reaching 116,000 visitors annually. Given the seating availability and the programming, this number could not possibly have been any larger. This increase was largely due to the impressive upgrades that were made to the audio-visual equipment, including the installation of several new projectors, making shows all the more spectacular. These upgrades allowed for the creation of dozens of new shows designed for all age groups and levels of education.

In the 1970s, however, the construction of new planetariums all around the world had decreased as people had become less interested in the Apollo missions. Nevertheless, this was not an obstacle to the continued development of planetarium technologies. Many planetariums began using seats that were oriented towards different directions and not necessarily towards the centre of the amphitheatre. This allowed the audience to better focus on what was being presented. In 1976, a system employing multiple projectors was constructed, able to project images (e.g. the inside of an observatory) across the entire dome.

Through further experimentation, the projections were done in such a way that audience members felt that they were ‘floating’ in space, rather than just watching a show. In 1973, San Diego pioneered the world’s first space theatre, which had a tilted dome and introduced a cinematic projection system known as Omnimax. A year later this became a key influencing factor in the development of the Eugenides Foundation’s New Digital Planetarium.

At the time, the automated control of planetarium shows was still rare. The first completely automated planetarium – the Albert Einstein Planetarium at the National Air and Space Museum of the Smithsonian Institute in Washington, DC – came to be in 1976. All that was needed for a planetarium show was the press of a button.

There were noticeable improvements to the sound as well, with the use of stereophonic sound and, later, four-channel surround sound. These innovations created a new generation of planetariums that were also used for staging plays, concerts and laser shows. As a result, they were able to increase their revenue by attracting people who otherwise may have never visited a planetarium.

The Eugenides Foundation adopted these international innovations at the behest of Marianthi Simou, who displayed a great interest in them and financed the upgrading of the Planetarium’s equipment.

During this time, the fixed image of Athens was replaced by a slide projection system that was capable of projecting panoramic views from all over the world, as well as from the surfaces of other planets and satellites, as scientists believed they would look at the time.

The effort to upgrade the Planetarium audio-visual equipment was successful thanks to three technicians who received their specialized training abroad: Giannis Galatas, who was there from the beginning, and Dimitris Chatzakis and Giorgos Tsesmelis, who joined later.

The audience was satisfied, but the services provided by the Planetarium were limited to its shows, which were nonetheless spectacular. This realization led to a gradual change in the Planetarium’s philosophy towards its activities.

The Planetarium pushed beyond these limitations and expanded its activities to publishing articles and interviews in the press, producing science-related television shows and organizing educational lectures throughout the country. 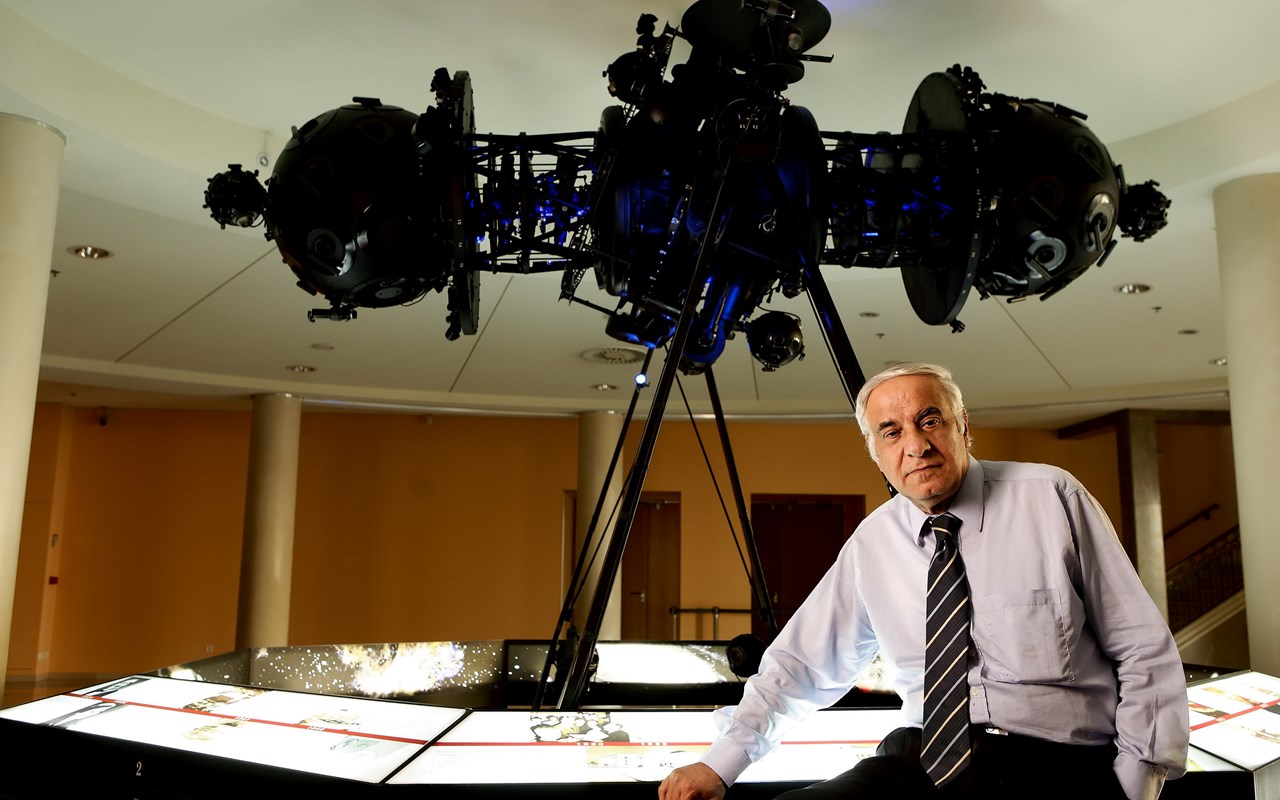 At this point it was decided to turn the Planetarium into a centre for education, incorporating activities – with long-term planning – into a programme that would widen its social reach. In doing so, the Planetarium would truly be able to achieve its goals. As such, the foundations were laid for the Planetarium’s outreach in the decade that would follow.

1999: Nikos Vernikos-Eugenides’ Vision for the Planetarium in the Digital Age

In the autumn of 1996, the president of the Eugenides Foundation, Nikos Vernikos-Eugenides, following the example of the national benefactors Eugenios Eugenides and Marianthi Simou, and realising that the coming century would require the modernization of the services provided by the Eugenides Foundation, decided to allocate substantial funds to expand the Foundation’s facilities and activities. He personally oversaw plans for how this would take place before his unexpected death in November 2000.

The implementation of his vision was continued by his successor, the new president of the Foundation, Leonidas Dimitriades-Eugenides.