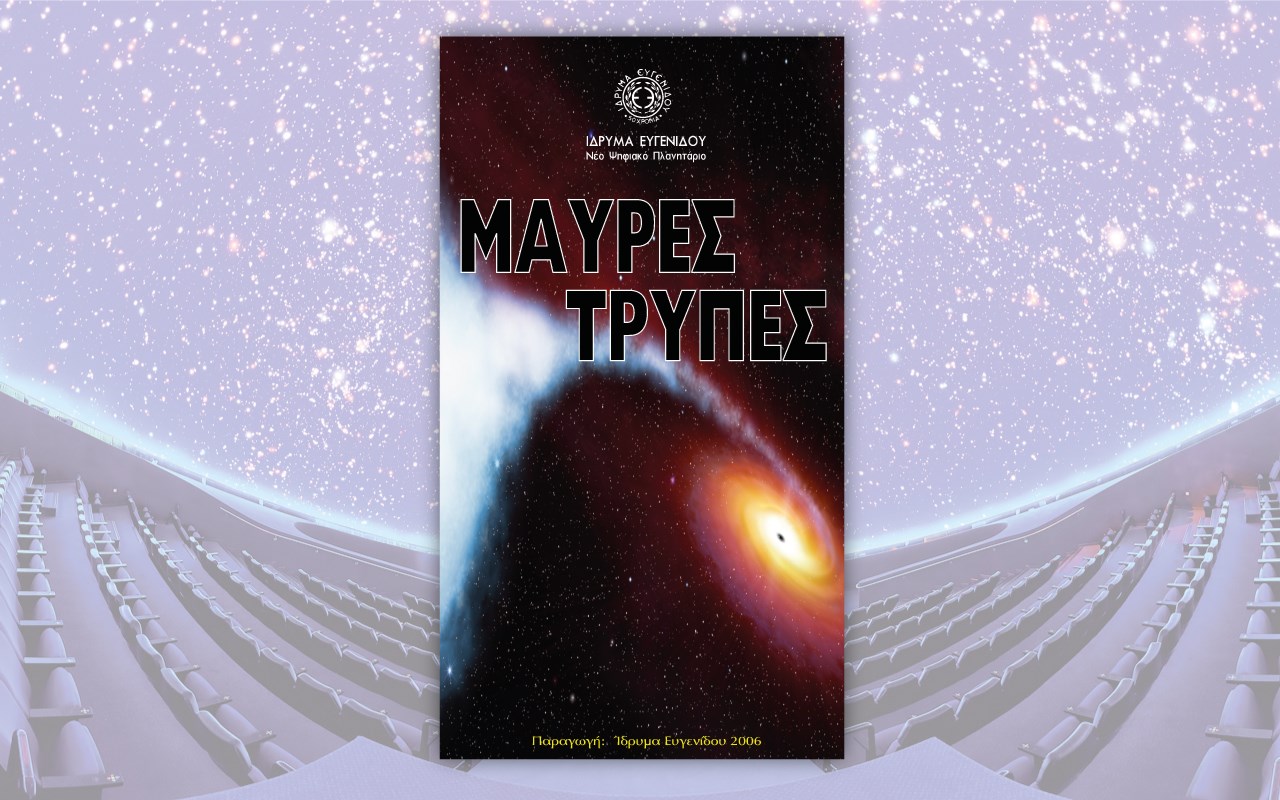 During the last few years astronomers have discovered certain regions in space that exert tremendous gravitational attraction around them, so strong in fact that nothing can escape, not even light. Dubbed “black holes” by astronomers, these objects are so strange that the laws of physics inside them break down and space and time as we know it simply cease to exist. In this spectacular show we will uncover the life-and-death processes governing the formation of these enigmatic dark objects that lurk in space, from the nuclear furnaces of giant stars to their eventual collapse and destruction under their own gravity.